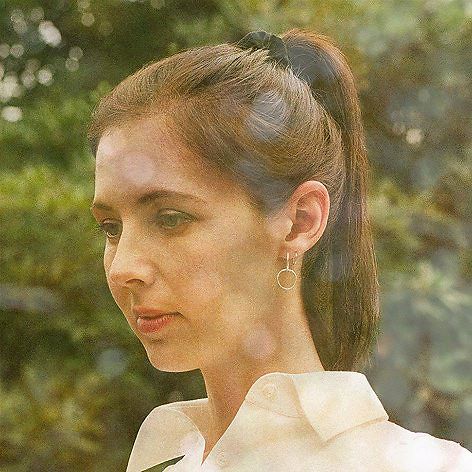 Carla dal Forno announces her second full-length album, ​Look Up Sharp​, on her own Kallista Records.

The London-based artist enters a new era in her peerless output pushing her dub-damaged DIY dispatches to the limits of flawless dream-pop. In a transformative move towards crystal clear vocals and sharpened production, Look Up Sharp is an evolutionary leap from the thick fog and pastoral stillness of her Blackest Ever Black missives, You Know What It’s Like (2016) and The Garden EP (2017).

Three years since her plain-speaking debut album, the Melbourne-via-Berlin artist finds herself absorbed in London’s sprawling mess. In her own territory between plaintive pop, folk and post-punk dal Forno conjures the ghosts of AC Marias, Virginia Astley and Broadcast through her brushwork of art-damaged fx and spectral atmospheres.

Forno’s unmatched ability to unpick the masculine void of post-punk and new wave nostalgia to reflect contemporary nuance. Look Up Sharp reaches its satisfying conclusion with ‘Push On’ - dal Forno’s most explicit foray into an undiscovered trip hop universe between Massive Attack and Tracey Thorn.

Conceived as a whole, Look Up Sharp is a singular prism in which light, sound and concept bend at all angles. A deeply personal but infinitely relatable album its many surfaces are complex but authentic, enduring but imperfect, hard-edged but delicate.

A diamond. Look up sharp or you’ll miss it.