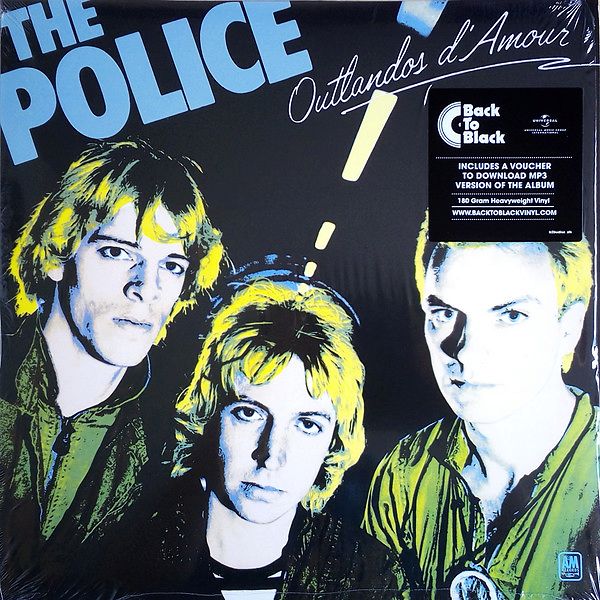 Outlandos d'Amour is the debut studio album by English rock band The Police, released in November 1978 by A&M Records. Elevated by the success of its lead single, "Roxanne", Outlandos d'Amour peaked at No. 6 on the UK Albums Chart and at No. 23 in the US. It has since been certified platinum by the RIAA for sales of over one million units in the US. The album spawned two additional hit singles: "Can't Stand Losing You" and "So Lonely".

Although Outlandos d'Amour received mixed reviews upon its release, it has since been regarded as one of the strongest debut albums by any band or artist. It ranked No. 38 on Rolling Stone magazine's list of "100 Best Debut Albums of All Time". In 2012, the magazine ranked it No. 428 on their list of the 500 greatest albums of all time.

Includes voucher to download MP3 version of the album.

More by The Police