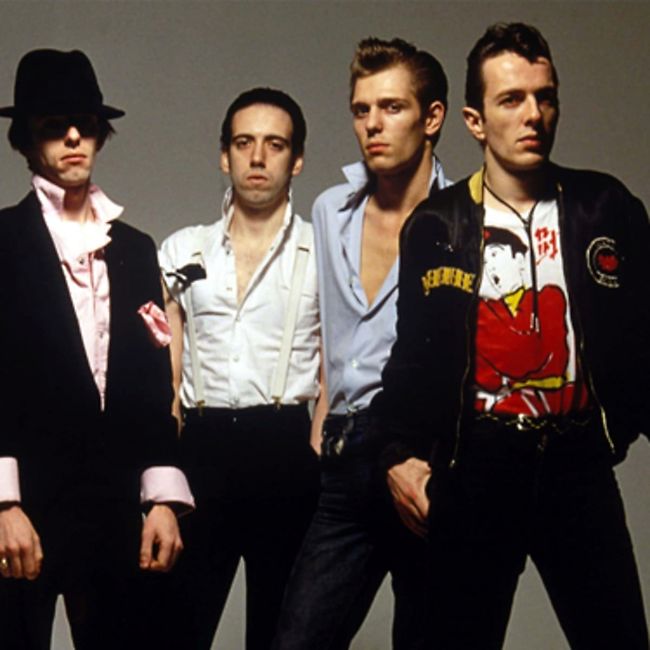 The Clash were an English rock band formed in London in 1976 who were key players in the original wave of British punk rock.

Billed as "The Only Band That Matters", they also contributed to the post-punk and new wave movements that emerged in the wake of punk and employed elements of a variety of genres including reggae, dub, funk, ska, and rockabilly.

Headon left the group in 1982 due to internal friction surrounding his increasing heroin addiction and it was more internal friction which led to Jones' departure the following year. The group continued with new members, but finally disbanded in early 1986.

The Clash achieved critical and commercial success in the United Kingdom with the release of their self-titled debut album, The Clash (1977) which continued with their second album, Give 'Em Enough Rope (1978). Their experimental third album, London Calling, released in the UK in December 1979, earned them popularity in the United States when it was released there the following month. It was declared the best album of the 1980s a decade later by Rolling Stone. Following continued musical experimentation on their fourth album, Sandinista! (1980), the band reached new heights of success with the release of Combat Rock (1982), which spawned the US top 10 hit "Rock the Casbah", helping the album to achieve a 2× Platinum certification there. A final album, Cut the Crap, was released in 1985, and a few weeks later, the band broke up.