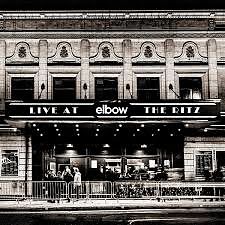 ELBOW LIVE AT THE RITZ – AN ACOUSTIC PERFORMANCE

In the week that their eighth studio album, ‘Giants of All Sizes’, became their third consecutive UK Number One album, Elbow played a series of special acoustic shows for select audiences in Leeds, Kingston and Manchester. Combining tracks from the new album with songs from their extensive and ever growing back catalogue, the shows offered fans a rare opportunity to see elbow in small venues, with the recordings emphasising the special bond that exists between the band and their fanbase.

The short tour included two sold out, hometown shows at Manchester’s Ritz, a place that looms large in the band’s history, being the site of a legendary headline show on the release of their debut album ‘Asleep in the Back’ in 2001 that had the Manchester Evening News display their fortune telling skills when they suggested ‘elbow are on the verge of something big’.

The Ritz set reminded fans of that history with versions of both ‘Newborn’ and ‘Scattered Black and Whites’ from that debut album alongside versions of ‘Grounds for Divorce’ from ‘The Seldom Seen Kid’, ‘Magnificent (She Says)’ from ‘Little Fictions’ and ‘Great Expectations’ from ‘Leaders of the Free World’. As befits an album from a band so intrinsically intertwined with their hometown, the show also saw Guy Garvey quote John Cooper Clarke and pay tribute to various Manchester luminaries lost along the way.