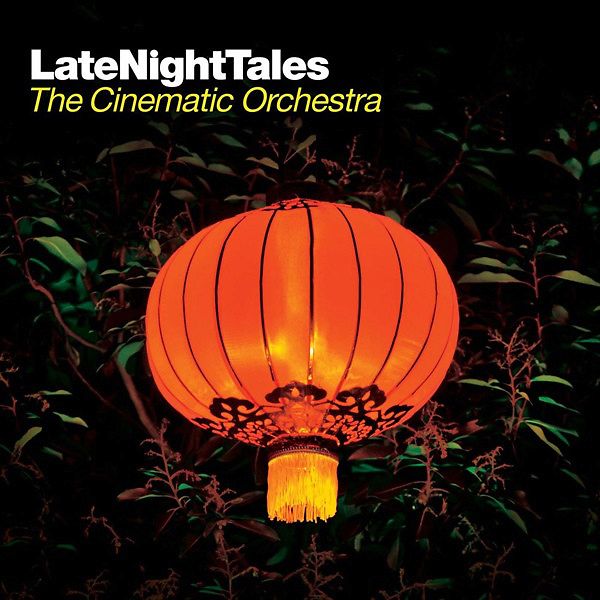 Not for nothing are they called the Cinematic Orchestra.

As we sit here waiting for the lights to go down with popcorn in our lap, we are transported to the greatest movie that never was. Jason Swinscoe has been living and breathing soundtracks for many a year. You suspect that he'd manage to turn a trip to Sainsbury's into a Homeric odyssey fit for string sections and harp players.

The Cinematic Orchestra are now on their third country, having relocated to Fort Greene, Brooklyn after spending spells in the UK and France. You can hear some of these influences seep out, gently washing your way. Eddie Gale, whose obscure jazz classic 'The Rain' is featured here, was also a native of Fort Greene.

The delectable Björk's 'Joga' is present and correct while Swinscoe's affection for the double bass, here provided by Danny Thompson, is clearly evident on Nick Drake's 'Three Hours'. The marvelous Shuggie Otis- also makes an appearance with 'Aht Uh Mi Hed', while Sebastien Tellier's 'La Ritournelle' doffs its cap in our direction.

The compilation would not be complete without some soundtrack content and Burt Bacharach obliges with 'South American Getaway', while 'Electric Counterpoint' by Steve Reich drops the temperature a tad, before we scoot off somewhere past Southport beach.

And this being Late Night Tales we could not depart without a cover version, 'Talking About Freedom', originally sung by Fontella Bass with whom they have worked extensively.

The lights have dimmed. The Cinzano ads have been and gone. Now it's the main presentation. Lie back and think of Eisenstein. Cinematic? You betcha by golly wow.