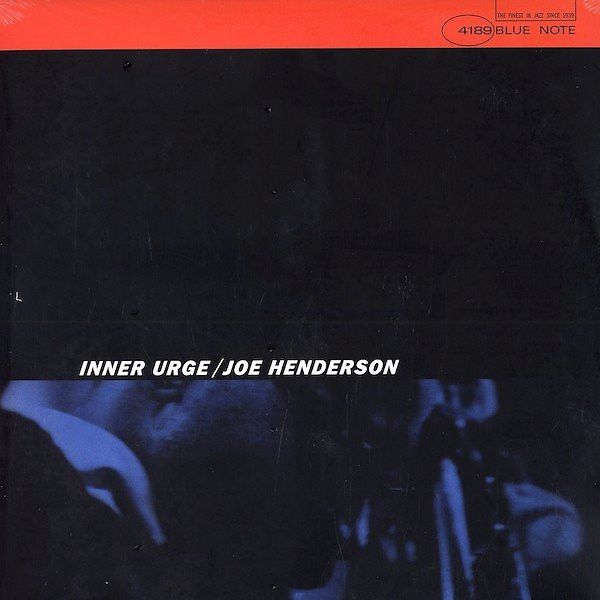 An absolutely essential listen and a major hard bop masterpiece.
€ 26,95

Inner Urge is an album by the jazz saxophonist Joe Henderson, originally released in 1966 via Blue Note Records, his fourth recorded as a leader.

It was recorded at the Van Gelder Studio, Englewood Cliffs, New Jersey, on November 30, 1964. Featuring Henderson along with pianist McCoy Tyner and drummer Elvin Jones (both members of the John Coltrane quartet at this time), and bassist Bob Cranshaw (a member of Sonny Rollins' band).

The album seems like an apotheosis of hard bop, a ruthlessly probing amplification of a typical, hard-blowing, Blue Note bop session, pushing bop formulas as far as they could be pushed. One of the best dozen Blue Note sessions ever released, one of the major statements of jazz in the '60s, actually recreating the political, economic, and social realities of the turbulent times more precisely than most recorded music of the '60s in any style. An absolutely essential listen and a major masterpiece.

The title track, "Inner Urge," (which has since become a Jazz Standard), was a reflection of a time in his life when Henderson was "coping with the anger and frustration that can come of trying to find your way in the maze of New York, and of trying to adjust the pace you have to set in hacking your way in that city in order to just exist."

"Isotope" is a tribute to Thelonious Monk and Monk's use of musical humor. "El Barrio" represents Henderson's attachment to the "Spanish musical ethos", the piece was inspired by Henderson reflecting on his childhood in Lima, Ohio. Henderson is quoted as saying that he gave the other musicians "two simple chords, B minor and C major 7 (B phrygian)", and asked them "to play something with a Spanish feeling" while he improvised a melody for the piece.[