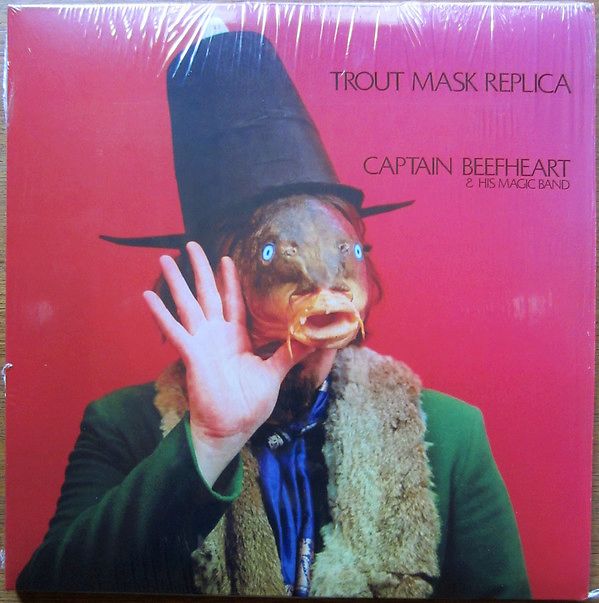 Trout Mask Replica is the third studio album by American rock band Captain Beefheart and his Magic Band, released as a double album on June 16, 1969 by Straight and Reprise Records, and produced by Beefheart's childhood friend Frank Zappa. Combining elements of R&B, garage rock, and blues with free jazz, avant-garde approaches, and other genres of American music, the album is regarded as an important work of experimental music and art rock.

Special thanks to Paul R. Dickinson Jr. for providing us with the original Trout Mask Replica cover photograph which we thought had been lost to time." "2012 return by W.B. Note: The years in storage in Warners were not kind to Trout Mask Replica. The masters seriously suffer from oxide loss, primarily at the head of each of the four master reels. Fortunately, FZ had Dick Kunc make "safeties." These actually sound better than the Originals and are in excellent condition but alas, incomplete. This edition of Trout Mask Replica is from the ZFT Vault protection copies, transferred at 96K 24B, except for Frownland and Hair Pie: Bake 2 which are from the original damaged master tapes transferred to direct stream digital at UMRK. DSD workstation provided by Gus Skinas, Super Audio Center. Vaultmeisterment & Transfers by Joes Travers, UMRK, 2012."

More by Captain Beefheart And His Magic Band