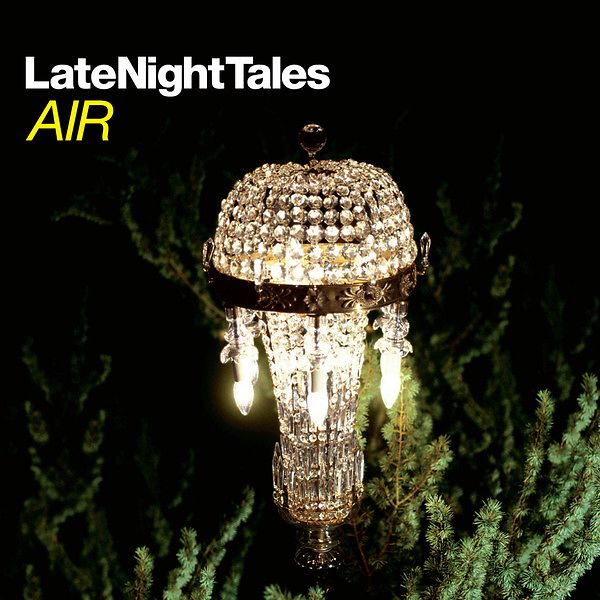 Given that AIR aren't exactly strangers to mood enhancing music (the release of Moon Safari, their much-mooted collaboration with Sofia Coppola for The Virgin Suicides soundtrack, 10.000 Hz Legend, and 2044's acclaimed Talkie Walkie, have in 6 short years solidified the Parisian duo's position as premier purveyors of meltingly good, cosmic pop). It's perhaps not surprising then that Nicolas Godin and JB Dunckel have joined Late Night Tales' ranks along with the likes of Groove Armada, Belle & Sebastian, The Flaming Lips and Four Tet to release their very own LNT compilation.

Tantamount to a night in spent rifling through AIR's most treasured records, the latest LNT release mines the musical loves and influences of a Parisian duo renowned for their uncanny knack for a lovelorn pop gem, their diverse sonic, vocabulary, and for inspiring near enough universal appeal. Dipping onto by turns melancholic, ambient, soulful, mellow and downright moody classics, AIR's selections make for timeless, lounge-loving, uplifting, and occasionally heart-wrenching stuff. Godin and Dunckel's LNT selections immediately propel you into a world as dry and as satisfying as a glass of Chateauneuf Du Pape, in which time is not so much standing still as floating in space. AIR time, you might call it in fact.