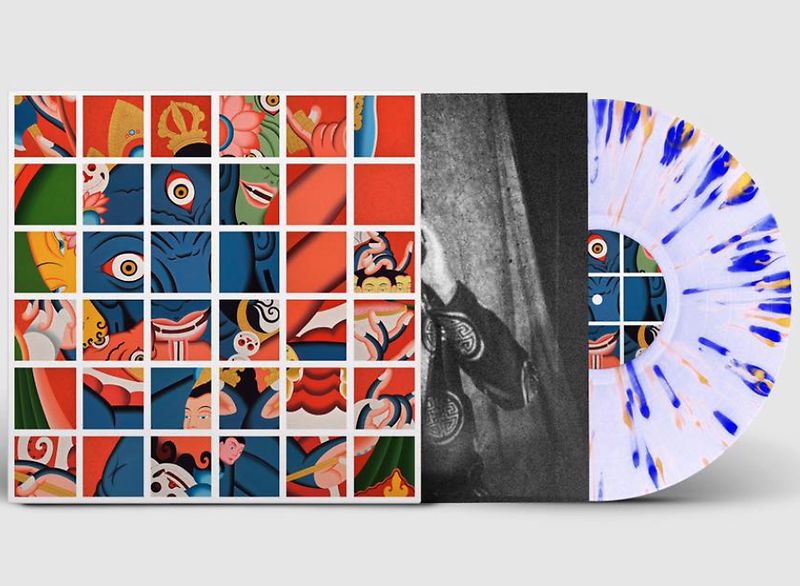 Ghent-based Multi-instrumentalist and composer Dijf Sanders' new LP! Eclectic exotica!
€ 26,95
PICK-UP AT SHOP / FREE SHIPPING FOR ORDERS WITHIN BELGIUM AND EXCEEDING € 50 (FYI: we notice delays at Bpost which are out of our hands, if you want to be a 100% sure about delivery date, best choose pick-up) / Shipping costs are dependent on various factors and are calculated in your shopping cart. Add this item to your cart to see the shipping cost. Or pick up your order at our store in Ghent.

Multi-instrumentalist and composer David 'Dijf' Sanders combines a broad mix of styles with a boundless approach full of multicultural blends. The Ghent based artist has always been working on various projects, collaborations or productions at the same time - lately he worked with Warhaus, Sylvie Kreusch, Mattias De Craene's MDC III and Wim Vandekeybus (Die Bakchen - Lasst uns tanzen), to name a few - but that did not keep him from releasing successful solo records as well.

Dijf, who was a member of the (synth)pop bands Teddiedrum and The Violent Husbands, already raised excitement with the exotica-oriented 'Moonlit Planetarium' (2016), an album that created an experimental clash between percussive, ethnic sounds and rather Western beats, occasionally topped off with his mysterious vocals.

After the acclaimed eclectic gem Java (2017) for which he recorded in Indonesia, Dijf Sanders sets off on another musical adventure to another part of the world. This time it is a world infused by Nepalese, Tibetan, Chinese and Indian culture. Dijf traveled to Nepal, and used his field recording and impressions to create a new universe together with drummer Simon Segers, Saxophone player Mattias De Craene and sitar player Nicolas Mortelmans.