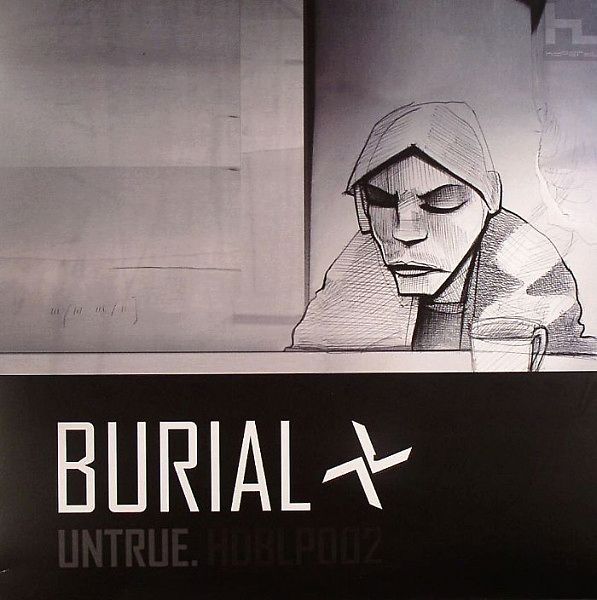 Untrue is the second studio album by British electronic music producer Burial. Released on 5 November 2007 by Hyperdub, the album was produced by Burial from 2006 to 2007 using the digital audio editing software Sound Forge. Untrue builds on the general atmosphere of his debut album Burial (2006), marking a development in Burial's sound through its more prominent usage of pitch-shifted and time-stretched vocal samples. The album, like Burial's previous work, also draws on influences from UK garage, ambient, and electronic music.

Untrue received rave reviews from critics, who praised Burial's production style on the album and generally hailed it as a progression and improvement over his prior musical output. It placed on the albums charts of Belgium and the United Kingdom and produced two singles, "Archangel" and "Ghost Hardware". Untrue later appeared in several publications' lists of the year's best albums and received nominations for the Mercury Prize and the Shortlist Music Prize. In the years following its release, Untrue has since been viewed as a landmark album in the dubstep genre, and in electronic music in general.