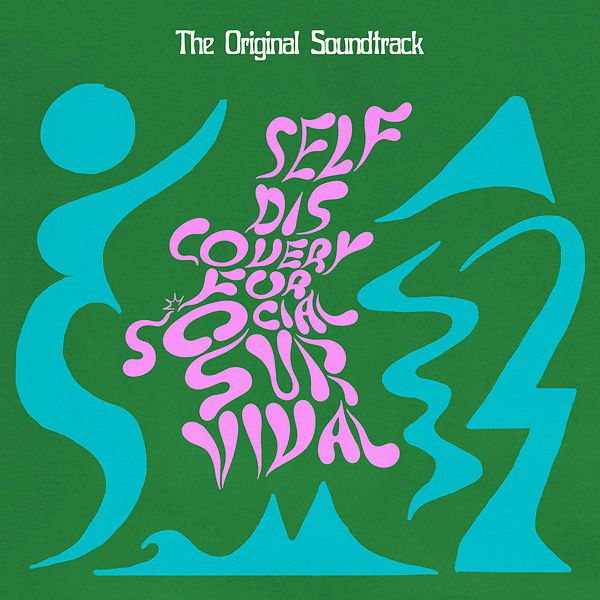 Self Discovery for Social Survival is the original soundtrack of a collaborative film between independent record label Mexican Summer and Pilgrim Surf + Supply. Comes with a printed inner sleeve and download code coupon.

Since the genre’s birth in the early 1950s, the surf film has involved a synthesis of image and music. Typically these two key ingredients are sourced separately, mixed together only after the visual fact. Self Discovery for Social Survival subverts this recipe. Just like the osmotic waves that run through the film, the visuals and music of SDSS co-exist and permeate as one to reinvent and reimagine what surf films can look, sound, and feel like.

Self Discovery for Social Survival is a collaborative film between independent record label Mexican Summer and Pilgrim Surf + Supply, a New York-based surf and outdoor brand. “The idea was to send surfers and musicians off on these trips together,” explains director and Pilgrim proprietor Chris Gentile. “Get them out there amongst it—in the surf, in the afterglow of the surf, talking story at dinner, just all the great stuff that happens on a surf trip. Then, right after their trips, the musicians jump into the studio and compose based on their experiences. With their hair still wet, so to speak.”

SDSS works as a triptych - narrated by the recently late, legendary avant-garde film-maker Jonas Mekas, a voice holding as much depth as the ocean itself. The story of which the narration belongs to breaks up the almost entirely dialogue-less film, and was scribed by Jamie Brisick, a professional surfer turned writer. Travelling from Mexico to the Maldives, and finally, to Iceland with world-renowned, award- winning surfers from all over the world, SDSS captures the international, interweaving, and universal language of surf culture. \

In Mexico, Los Angeles psych ensemble Allah Las, join surf historians and professional surfers from the US (Ryan Burch, Richard Kenvin, Devon Howard, CJ Nelson, Karina Rozunko and Corey Colapinto) and Australia (Ellis Ericson) in sipping tequila, hanging ten across winding waves, and stumbling upon a super-secret surf break (the location of which they will never reveal). Walking up and down the boards as effortlessly as spooning bread to butter, the free surfers, longboard stylists, and single fin riders playfully merge with Robert Beatty and Bailey Elder’s animations that accompany the film, while still holding their own.

Surrounded in alien landscapes, dramatically darker in tone and movement than other scenes in the film, SDSS emphasizes a side to surf that avoids stereotypes. Heading from The Northern Lights to the north of Brooklyn, Mockasin and VanWyngarden finally settle into Gary’s Electric (Mexican Summer’s in house studio) exhorting a surrealist, emerald ending to mark a unique display of the neo-surf film.

“I wanted to see a surf film that’s not rooted in nostalgia, but is very respectful of, and is almost a nod to that past”, says head AR at Mexican Summer Keith Abrahamsson, and the film’s music supervisor. SDSS is not afraid to tightrope the guidelines surf is usually associated with. “The experimental spirit is alive and well in the film”, says Gentile. “The artist on the trip is reacting and responding to the moment we’re having. It’s about relinquishing control and taking creative risks.”