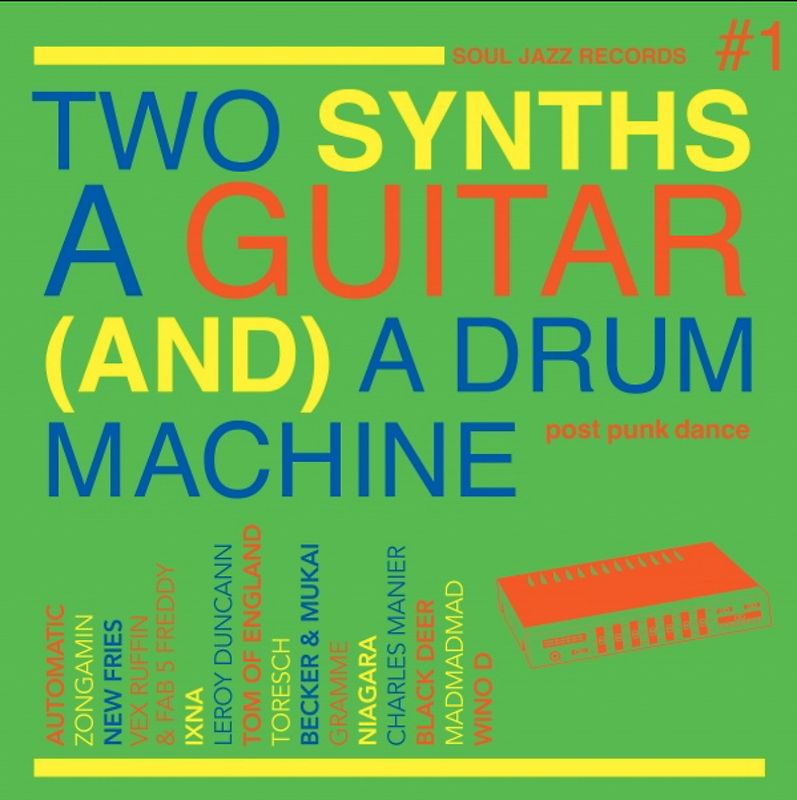 Other influences cited here include Manchester and Sheffield’s industrial post-punk sounds of the 1980s (Joy Division, Cabaret Voltaire, Gang of Four) as well as the 1970s German electronic experimentalism of Cluster, Neu!, Harmonia and Can.

Featured artists from around the globe include Los Angeles D-I-Y band Automatic, New Fries from Toronto, artist/music collaborators Toresch from Germany, Susumu Makai from Japan/UK, Vex Ruffin from the Phillipines/California and Madmadmad, Gramme, Tom of England and other UK groups

That all the bands featured here manage to make distinctive contemporary music out of these 80s roots is testament to the wide range of other musics that are seamlessly absorbed into a modern melting pot of sound – hip-hop, the electronic European avant-garde, rave culture, and more.

The double vinyl comes as a Limited edition heavyweight black double vinyl housed in bespoke individual inner sleeves with its own free pull-out fanzine on the groups featured.