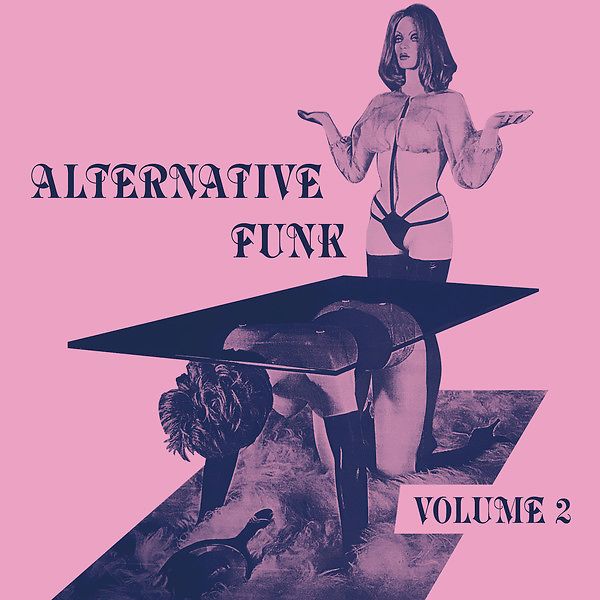 Tracks A1, A2, B5 and B6 taken from the compilation LP [r=406303]. Tracks A5, A6, B1 and B4 taken from the compilation cassette [r=1332056]. Tracks A3, A4, A7, B2, B3, B5 and B7 taken from the compilation cassette [r494415]. Platform 23 presents the 2nd collection of songs selected from the Alternative Funk series released Vox Man and VP 231 Records. Originally appearing in 1985 across 1 vinyl and 2 cassette albums these cult collections have long been in collectors (and bootleggers) sights and finally see the first official reissue. As with Volume 1 (PLA023) the series covers the weird, wonderful, esoteric, exotic and quirky sound and puts them in a reset context that immediately gives clarity of the original’s curation. This volume opens with some DIY electro stealers, first with Dee Nasty’s Orientic Groove, where the early French hip-hop pioneer lays down a battle commence of beats, slapped bass and YMO keys, before the second offering from Scoop! and their rap attack, juxtapositions the past series and leads to label heads Vox Populi! & Man and their continued look at the rudiments of cut up manipulation and scratch techniques. The avant rappears with 3M’s percussive marker and legendary Amus Tietchens’ is ever challenging, before Melsjest’s post-punk meets the Weirmar possibly steals the side as Vox Pop spoken outro joins those (micro)dots. The cult of Randall Kennedy returns with another garage-fuzz gem. His stories for wackos’n’weirdos end all too soon and are followed by Liquid Liquid’s Dennis Young, diving deep with Intuition, before Stanalis returns with another winner. Bene Gesserit is a killer and welcome addition, before Kosa return with more industrial clippings and volume 2 heads to the door with Capital Funk’s electro-punk bomb – possibly the series champion – while the slap bass-scratch of California’s Psyclones leads to a music hall end in the homage to mum’s favourite, Chukk. What these Volumes again highlight is how the DIY aesthetic of so many independent labels was supplemented and spread via collections of friends, contemporaries and often, literally pen pals, to mail in their offerings that are then picked for wider ears. While some of these artists have become known, just as many are who and whats, but they sit side-by-side as warranted and often killing the scene of what Axel and co sought to be…the Alternative Funk.