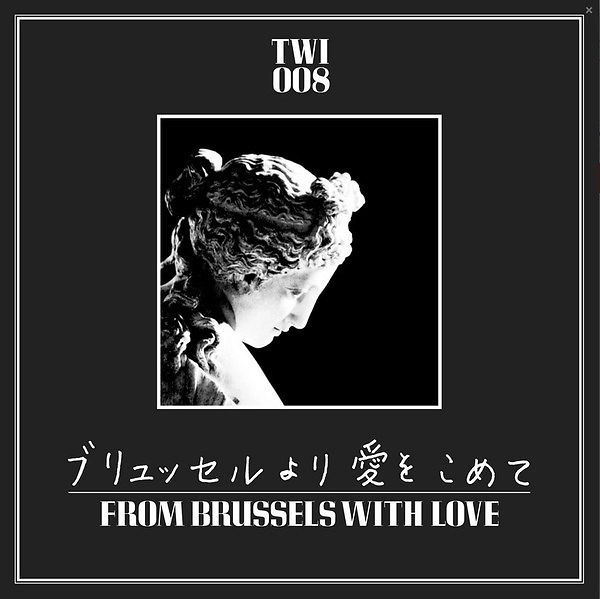 Running for 78 minutes, the cosmopolitan ‘cassette journal’ was curated by Michel Duval, Annik Honoré and Wim Mertens, and also includes extended interviews with Brian Eno and legendary French film actress Jeanne Moreau. The cover art is by Jean-François Octave, with additional artwork in the booklet by Benoît Hennebert, Marc Borgers and Claude Stassart.

From Brussels With Love quickly sold 6000 copies around Europe, earning rapturous reviews in the UK music press. "This is a reminder - without really trying, without being obvious - that pop is modern poetry, is the sharpest, shiniest collection of experiences. Is always something new" (Paul Morley, NME). More recently, Dan Fox of art magazine Frieze described TWI 007 as "a masterpiece of distinctly northern European post-punk eclecticism."

This is the gatefold double vinyl edition (TWI 008) pressed on coloured vinyl (Disc 1 is black, and Disc 2 is white), with the booklet pages printed on the inner gatefold. Comes with a digital copy (MP3).