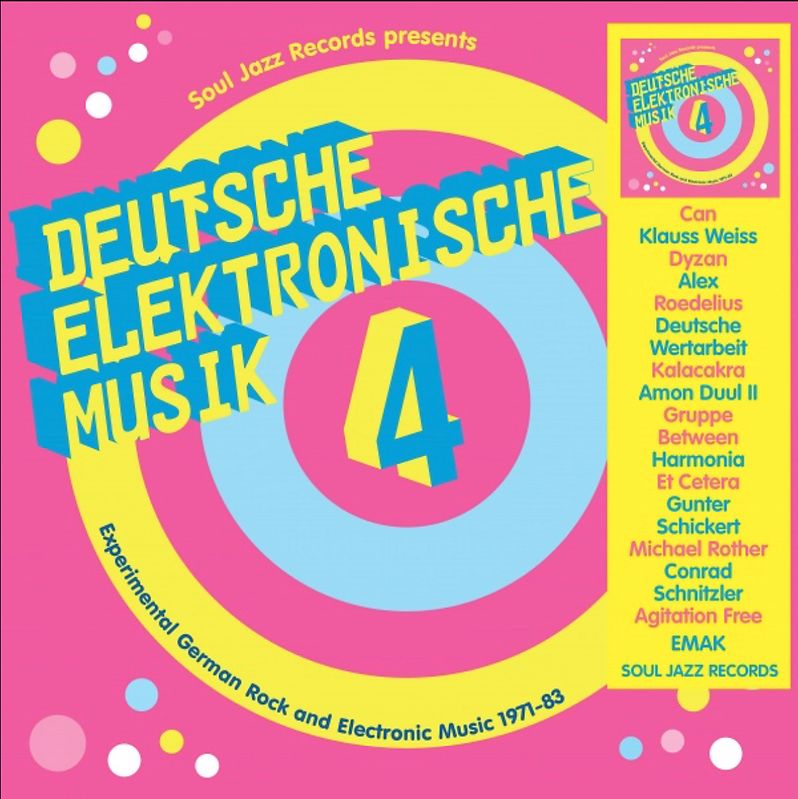 This is the new instalment of Soul Jazz Records’ ground-breaking Deutsche Elektronische Musik series, ‘a near-definitive guide to some of the world's most extraordinary music’ (The Guardian).

This latest edition features many of the classic German electronic and Krautrock groups from the 1970s & 80s – including Can, Amon Duul II, Harmonia, Conrad Schnitzler, Agitiation Free, Roedelius – as well as a host of lesser known artists such as Dzyan, Klauss Weiss, Gruppe Between and many more.

Deutsche Elektronische rarities unearthed on the album include Kalacakra (whose fan-base included the great Moondog!) and their superb ‘Nearby Shiras,’ taken from their super-rare spiritual/psychedelic private press concept album Crawling to Lhasa, from 1972.

Deutsche Elektronische 4 comes with extensive newly commissioned sleevenotes by David Stubbs, author of the seminal books ‘Future Days: Krautrock and the building of Modern Germany’, ‘Mars By 1980: The story of Electronic Music’, and ‘Krautrock: Cosmic Rock and its Legacy’.