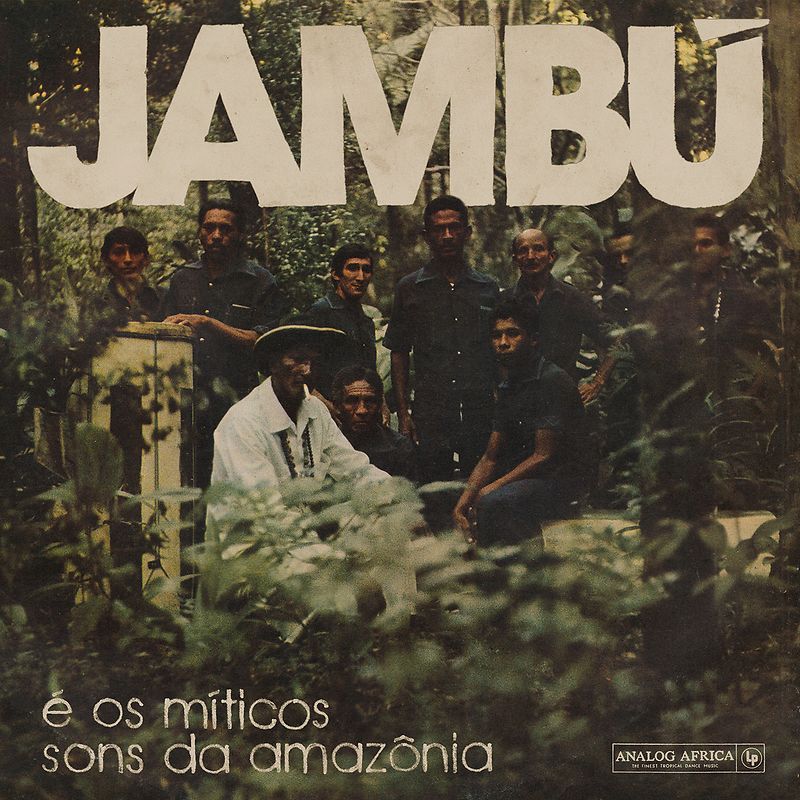 The city of Belém, in the Northern state of Pará in Brazil, has long been a hotbed of culture and musical innovation. Enveloped by the mystical wonder of the Amazonian forest and overlooking the vastness of the Atlantic Ocean, Belém consists of a diverse culture as vibrant and broad as the Amazon itself. Amerindians, Europeans, Africans - and the myriad combinations between these people - would mingle, and ingeniously pioneer musical genres such as carimbó, samba-de-cacete, siriá, bois-bumbás and bambiá. Although left in the margins of history, these exotic and mysteriously different sounds would thrive in a parallel universe of their own. Historically marginalized African religions like Umbanda, Candomblé and the Tambor de Mina, which had reached this side of the Atlantic through slaves from West Africa - especially from the Kingdom of Dahomey, currently the Republic of Benin - left an indelible stamp on the identity of Pará's music. They would give birth to lundun, banguê and carimbó, styles later modernised by Verequete, Orlando Pereira, Mestre Cupijó and Pinduca to great effect. The success of these pioneers would create a solid foundation for a myriad of modern bands in urban areas. 'Jambú' is an exhilarating, cinematic ride into the beauty and heart of what makes Pará's little corner of the Amazon tick. The hip swaying, frantic percussion and big band brass of the mixture of carimbó with siriá, the mystical melodies of Amazonian drums, the hypnotizing cadence of the choirs, and the deep, musical reverence to Afro-Brazilian religions, provided the soundtrack for sweltering nights in the city's club district. The music and tales found in 'Jambú' are stories of resilience, triumph against all odds, and, most importantly, of a city in the borders of the Amazon who has always known how to throw a damn good party.