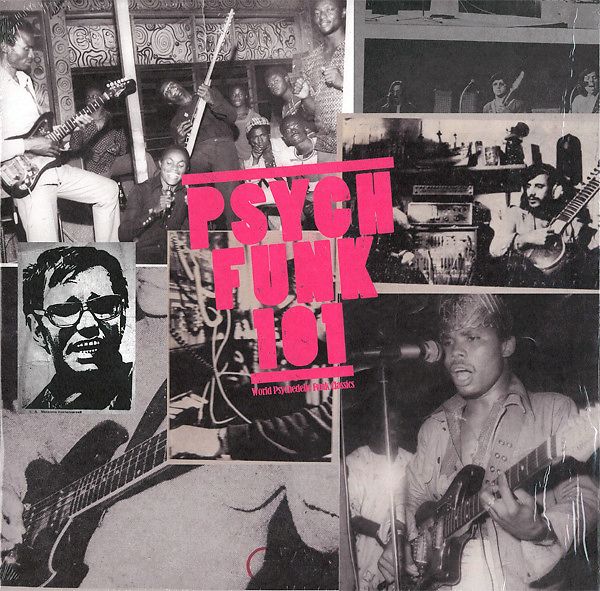 Psych-Funk 101 showcases the global phenomenon of psychedelic funk music, and covers the "golden years" of the movement, from approximately 1967 until 1980.  Psych-Funk 101 does not focus on American and British bands but focuses on bands from all over the world that were influenced by James Brown, The Meters, Sly and The Family Stone, Booker T and The MGs and The Bar Kays and unsung rhythmic forces such as drummers Bernard Purdie, Idris Muhammad, Earl Palmer, bassists such Carol Kaye and Jimmy Lewis.

All the tracks on the album have tremendous energy and combined with the flair of psychedelic-rock musicians such as Jimi Hendrix and the ensemble known as Cream - as well as pop-rock acts taken by the experimental side of psychedelia such as The Beatles. Each band have added their own uniqe cultural flourishes and the result is mind-bending!

Non of the tracks on this album have ever been released before, Buy!Buy!Buy!