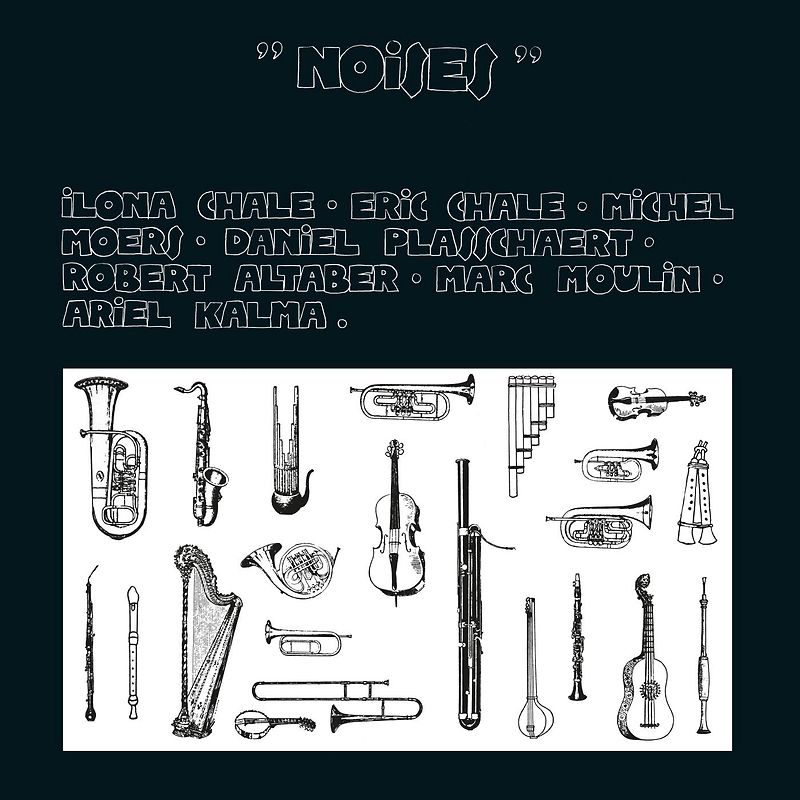 Reissue of a killer Belgian experimental compilation from the late 70's on Marc Moulin's label.
€ 24,95

First time LP reissue on 180gr vinyl from this amazing Belgian compilation still oscillating 40 years later into the pop waves. This edition contains two new postcards as an insert, including liner notes by Michel Moers and the original lyrics of 'Aman' and drawing by Ariel Kalma.

Around the time Marc Moulin played his last concerts with Placebo, he met the young musician Michel Moers at the jazz venue 'Les Lundis Hortense' in Brussels in 1977. Impressed by his vocal delivery Marc invited him to the small studio of his friend Dan Lacksman to work on the songs, 'Ma Mère Etait propre', 'Musaque Etniq' and 'Il Est Heures'. A few weeks and recording sessions later the trio decide to start an electronic music group together ? named Telex ?, and to release the miniatures of Michel Moers on the compilation 'Noises', on the very short-lived label Kamikaze he introduced (and also ended) the same year in November.

Noises is a rather uncommon collection of songs that ranges from pieces with stunning vocal harmonies of an early Ilona Chale (who later also would be a member of the band Cos) and her brother Eric, an hypnotic chant where Marc Moulin blends a speech of Belgian King Boudewijn I with reel to reel tape techniques to a trance anthem, zonin' the King's voice already into a Moskow Diskow-frequence, or Michel Moers discovering an unknown Deliverance vibe with a mouth harp and flute, Daniel Plasschaert stretching out an amazing new world in only 50 seconds, next level field recordings by Robert Altaber to Ariel Kalma who transforms a poem by Thibet Marpa in a mesmerizing ambient composition.