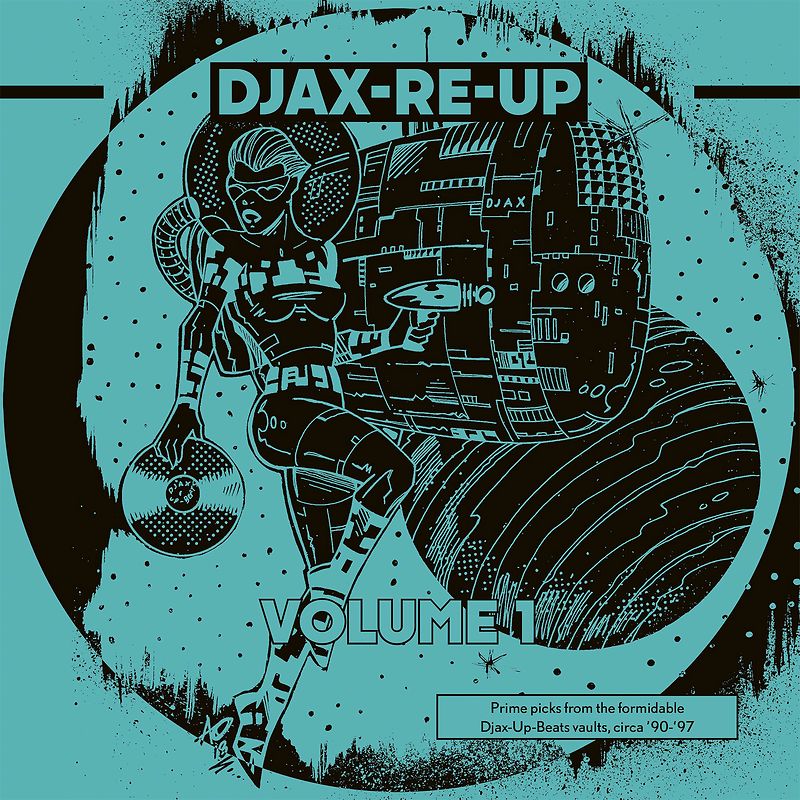 Dekmantel are proud to announce the re-issue of some of the most era-defining trans-Atlantic, techno cuts from the early nineties, thanks to cult label Djax-Up-Beats.

The first volume sublimely blends esoteric, ambient sounds, with staunchly fierce, and energetic electronic rhythms. Throughout the eight-tracks you can hear the sounds of sequencers, drum machines, and motor-city basslines. It defined the beginning of an era that never went away. Even today, pioneering artists such as DJ Richard and Nina Kraviz are dropping tracks from Djax-Up-Beats in their sets. “Djax-Up-Beats is techno royalty,” DJ Richard writes in an article for Electronic Beats. This sound of the early 90s, which spawned the sonic aesthetics of today, is still as relevant, and vibrant as ever. The raw, patchwork analog sounds of classic gear, is still being made and honoured by some of today’s most groundbreaking artists. You can hear the label’s sound in the works of Biarki, Varg, and DJ Richard. It is the sound of Crème Organization, LIES, Salon des Amateurs and more, a hypnotic mix of old and new, European and American. Whether you’re a collector, or DJ looking to add to the your left field techno collection, the re-issue of Djax-Up-Beats best records is not one to pass up.

The Dutch label was responsible for releasing some of underground’s most archetypal underground dance music, mixing together Chicago and European artists alike, and acting as the launch pad for some of today’s biggest producers. This timeless music is being re-issued on vinyl for the very first time, and is a great opportunity to not only get your hands on these highly sought-after classics, but to add to you crate these raw, analog, acid burners that are on par with some of today’s more alternative rave tracks.

The history of international techno is inseparable from Djax-Up-Beats. Founded in Eindhoven at the turn of the 90s, Djax-Up-Beats quickly earned an international reputation for being a reputable source of Chicago house, acid techno, and floor-filling, heavy hitting straight up, underground 12”s. After forging a strong relationship with artists in Chicago and Detroit, label founder Miss Djax quickly found her (actual) mail box full of demo tapes from up-and-coming producers from across the Atlantic. Straight away Djax-Up-Beats became a home for both Dutch and American artists alike, creating experimental and heavy, proto IDM, machine techno. As part of this very special re-issue series, which will be followed by another double-12” package in April, the first package features tracks by Ismistik, the alter ego of Smalltown Supersound’s Bjørn Torske; one of Felix Da Housecat’s first ever records ("Pure dancefloor porn”, as described by one Discogs user); and one of Glenn Underground’s initial releases, before he went on to become a Cajual staple. It also features Dutchman Stefan Robbers setting the release’s deep vibes, the trippy, hard rhythms of Random XS, and the bass heavy vibes of Chicago original, K-Alexi Shelby. An expansive mix of slow, deep, and unwieldy tracks.