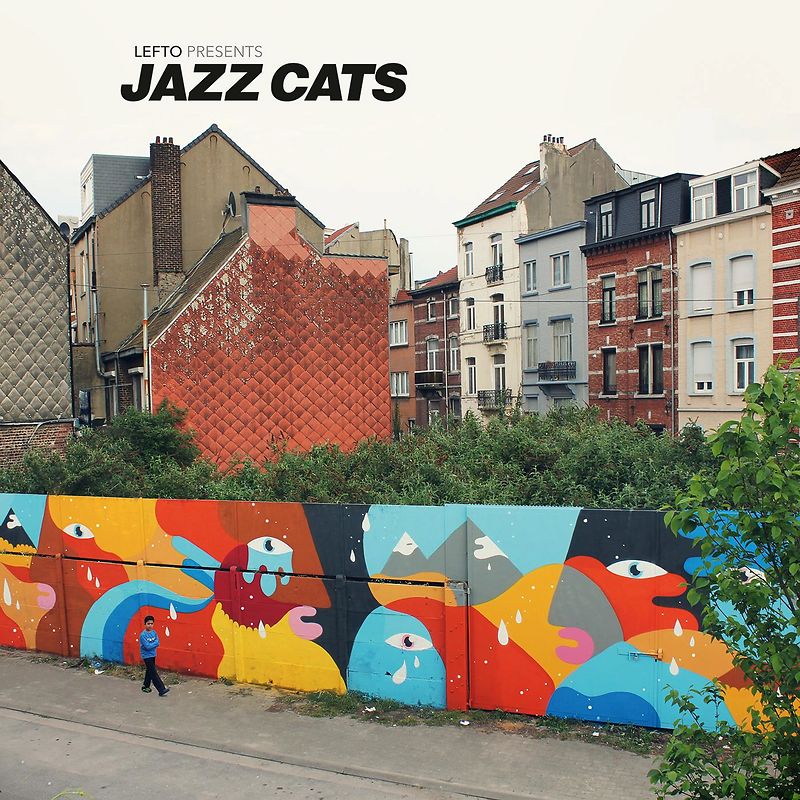 Heavy jazz compilation by Lefto! Belgian contemporary jazz and what not at its best!
€ 25,95

With jazz seeing a resurgence over the last decade, an explosion of young musicians are exploring and experimenting with the sound and there is a renewal of energies, with Belgium at the forefront. From the youthful jazz iconoclasts of SCHNTZL and the Ethiopique inspired quintet Black Flower, to the jazzrock hybrid of Commander Spoon and one of the most distinguished Belgian jazz groups of the past ten years, LABtrio, 'Lefto presents Jazz Cats' is the perfect introduction to the current Belgian jazz scene and the artists currently making waves across Europe.

The word "tastemaker" often gets mentioned when Lefto's name pops up in discussions and rightly so. If you've ever had the pleasure to listen to one of his incredible Boiler Room sets or his Worldwide FM show, you'll know why. Famed for his gloriously eclectic DJ sets, he switches effortlessly between hip hop, funk, breaks, neck-snapping beats, future bass, South-American influences, bruk riddims and some wild African rhythms.

As one the most important DJs Europe has to offer, and affiliated with labels Brownswood, Blue Note, !K7 Records, Stones Throw and Jazzy Sport, Lefto is consistently a couple steps ahead. He doesn't wait for the next thing to land on his lap, actively seeking it out - just take a peek at his playlists on Belgium's foremost national radio station Studio Brussel which received compliments from Rough Trade Shops and Gilles Peterson.

Growing up around jazz as a child, his father would wake him up with the sounds of jazz flowing from the speakers and would often take him to dark and smoky bars around his home town of Brussels to hear the lastest Belgian jazz ensembles. Falling in love with jazz, he would later refine has knack for record digging while working at a record store in Brussels, immersing himself in hip hop and jazz.

Today, Lefto regularly blesses sound systems from Tokyo to Seoul and Singapore to New York, San Francisco and Los Angeles. He's not only a deejay and producer but also curates his own stage at the Dour Festival and his own nights in Gent in collaboration with Democrazy.