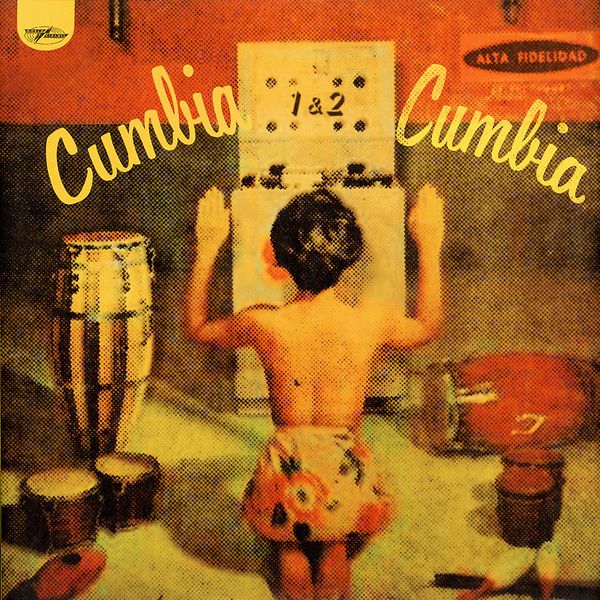 Cumbia, the music and the dance synonymous with Colombia, has been around almost since the 17th century. Today, it’s a badge of identity for Colombians everywhere, but is now also enjoying a global renaissance; filling dance floors and captivating a new generation of music fans. Originally released by World Circuit as two separate albums – ‘Cumbia Cumbia’ in 1989 and ‘Cumbia Cumbia 2’ in 1993 - this collection brings together some of the greatest recordings made by Colombia’s legendary record label, Discos Fuentes, between 1954 and 1988.

Discos Fuentes was founded in Cartagena in 1934 by the visionary musician, arranger and producer, Antonio Lopez Fuentes. It was the first important record label in the country and grew into a company of immense significance for Colombian music, responsible for thousands of hits and scores of legendary singers and musicians over six decades. Fuentes hand-picked his musicians and singers then meticulously arranged, produced and recorded their music in-house. This collection presents thirty of these three-minute-masterpieces, showcasing the gamut of styles that make up the distinctive and irresistible cumbia sound; a sound typified by a loping 2/4 gait and a pulsing rocksteady bassline, overlaid with heavy rural percussion, brass, accordion, clarinet, electric guitar and vocals.

Disc 1 features a broad range of cumbia styles with recordings from 1960 through to 1988, whilst disc 2 digs further into the classics of the past focusing almost exclusively on the 1950s and 1960s. Featuring cumbia’s biggest hits from Rudolfo y su Tipica, Gabriel Romero, Sonoro Dinamita and Armando Hernandez, ‘Cumbia Cumbia 1 & 2’ is a flawless collection from the Golden Age of Cumbia.