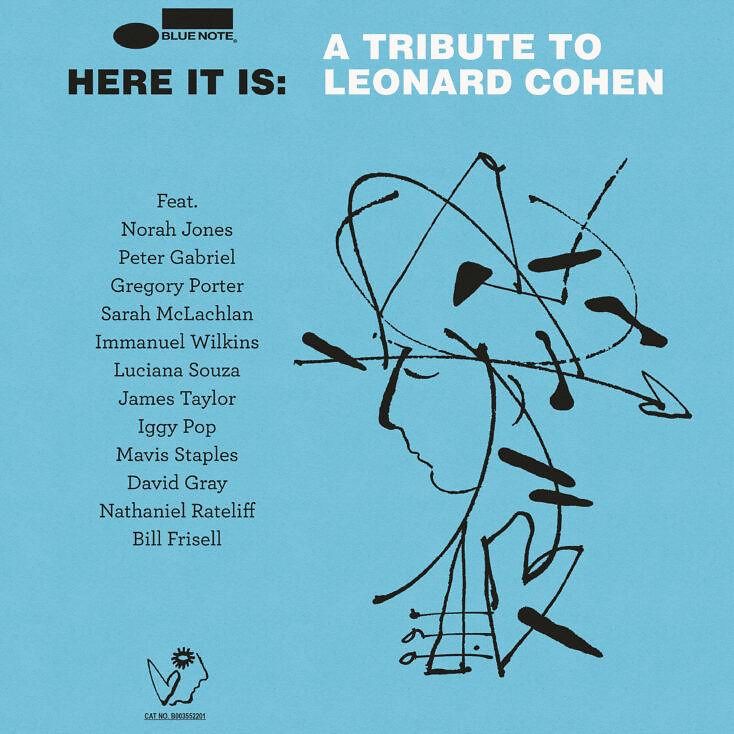 PRE-ORDER ITEM: This item will only be shipped to you on or after 11 November 2022. Please note any orders containing pre-order items won't be shipped until all items are available, so please order this separately to avoid delays. Release dates are at the mercy of labels, distributor, and pressing plants and will change constantly.
PICK-UP AT SHOP / FREE SHIPPING FOR ORDERS WITHIN BELGIUM AND EXCEEDING € 100 (FYI: we notice delays at Bpost which are out of our hands, if you want to be a 100% sure about delivery date, best choose pick-up) / Shipping costs are dependent on various factors and are calculated in your shopping cart. Add this item to your cart to see the shipping cost. Or pick up your order at our store in Ghent.

“Leonard Cohen had been a friend since 1982 or so, and in the last 15 years of his life, he became a close friend,” says Klein. “He was possibly the wisest and funniest friend that I had, and someone that I enjoyed, immensely, in every way. After he passed away, I found myself frequently covering his songs with other artists that I was working with. One reason, of course, is that the songs are so good—in a certain way, Leonard is the best pop songwriter ever—but the other reason was that it helped keep him in the air around me.”

So Klein decided to assemble an album’s worth of Cohen songs, matching vocalists from different genres with an exceptional core band of jazz-based musicians—or, as he puts it, “a group of the most prescient and forward-looking musicians in the jazz world”—guitarist Bill Frisell, saxophonist Immanuel Wilkins, pianist Kevin Hays, bassist Scott Colley, and drummer Nate Smith with additional contributions from Greg Leisz on pedal steel guitar and Larry Goldings on organ.

The album’s 12 tracks offer a range of Cohen’s compositions, with songs drawn from his beloved 1967 debut Songs of Leonard Cohen all the way up to selections from his final album, You Want It Darker, released just days before his death in 2016. The set covers some of his best-known classics and less familiar deep cuts, all given new life through thoughtful and unexpected arrangements and performances.

“It was an immensely gratifying experience to recontextualize these poems, and shine a different light on them,” Klein continues. “I hope that this musical language that we developed together, the context that we put these things in, makes the songs connect with people in a new way.”

The track listing for Here It Is: A Tribute to Leonard Cohen is as follows:

Here It Is – Peter Gabriel

Coming Back to You – James Taylor

You Want It Darker – Iggy Pop

If It Be Your Will – Mavis Staples

Bird on The Wire – Bill Frisell