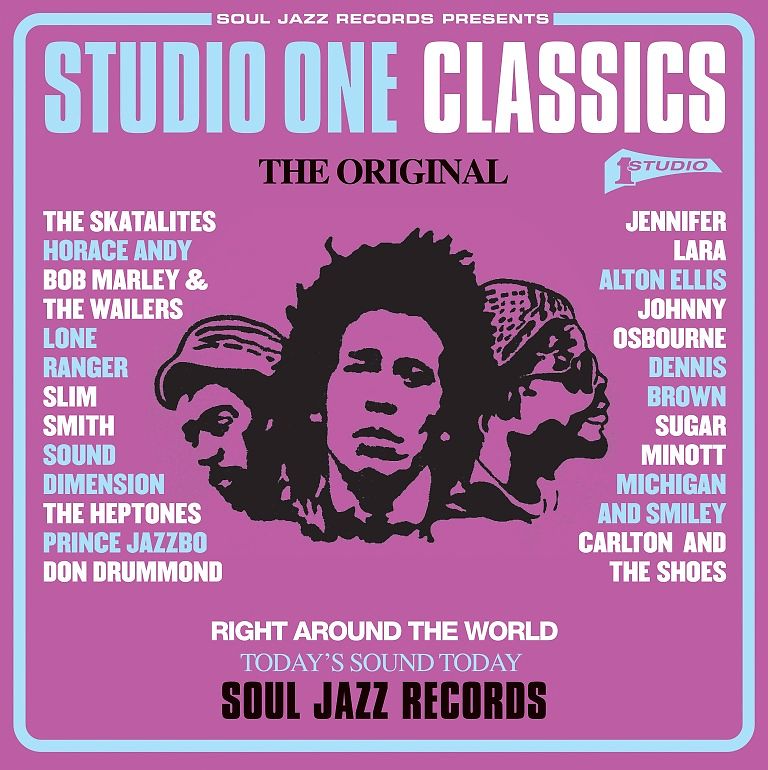 Studio One Classics features a non-stop selection of stone-cold classic Studio One killers! Spanning 40 years of the legendary label, this album is a celebration of the music of Studio One Records and features a who’s who of Jamaican Reggae: Bob Marley, The Heptones, Horace Andy, Sugar Minott, Don Drummond, Prince Jazzbo & more.

This collection contains numerous legendary tracks, including Bob Marley and the Wailers’ “Simmer Down”," "Love Me Forever" by Carlton & His Shoes, Slim Smith's "Rougher Yet," Horace Andy's "Fever,", Alton Ellis’s “I’m Just A Guy’, The Skatalites’ blazing ‘Confucious’ and loads more. Timeless stuff - every track here is indeed a classic, no-one can argue about that!

Studio One produced literally hundreds of hits and this selection includes some of the label’s most enduring songs. Often described as both the University of Reggae, and the Motown of Jamaica, never were these phrases more apt than if we look at the number of artists who launched their musical careers at Studio One. It is simply impossible to imagine modern Jamaican music without Clement "Coxsone" Dodd, founder of the iconic label, and virtually every singer and musician of note in Reggae cut their teeth at Studio One.

This is probably the best entry of the many Soul Jazz Studio One releases if you're after a primer in the Studio One sound. It's all here from the stomping Ska of the Skatalites to The Lone Ranger's Rub-a-dub stylee!

Like it says on the wrapper 'Classics' pretty much sums it up.