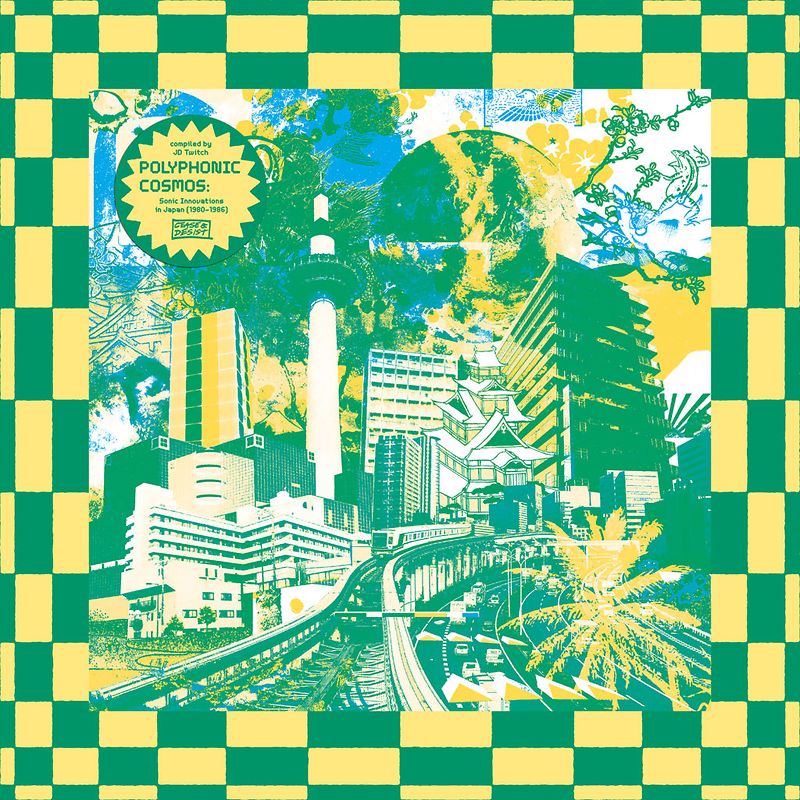 An endlessly entertaining musical snapshot of Japanese music of the early-to-mid ‘80s
€ 36,95

Ever since he made his first trip to Japan to DJ, Optimo Music founder JD Twitch has been bewitched by Japanese music, and particularly the vibrant, imaginative, and often far-sighted sounds which emerged from the island nation during the 1980s. Now he’s put years of digging in Japanese record shops to good use on Polyphonic Cosmos, the latest release on his compilation-focused Cease & Desist imprint.

Eight years in the making, Polyphonic Cosmos provides an endlessly entertaining musical snapshot of Japanese music of the early-to-mid ‘80s with all of the open-minded eclecticism and sonic twists that you would expect from the Glasgow-based DJ.

Subtitled ‘A Beginners Guide to Japan In The ‘80s’, the collection offers a personal selection of Japanese gems recorded and released between 1981 and ’86 – a period when advances in recording and musical technology offered the nation’s artists and producers a whole new tool kit to employ. When combined with the unique musical culture of Japan, where local traditions are frequently fused with Western styles to create timeless, off-kilter aural fusions, this embrace of locally pioneered music technology had spectacular, often unusual results.