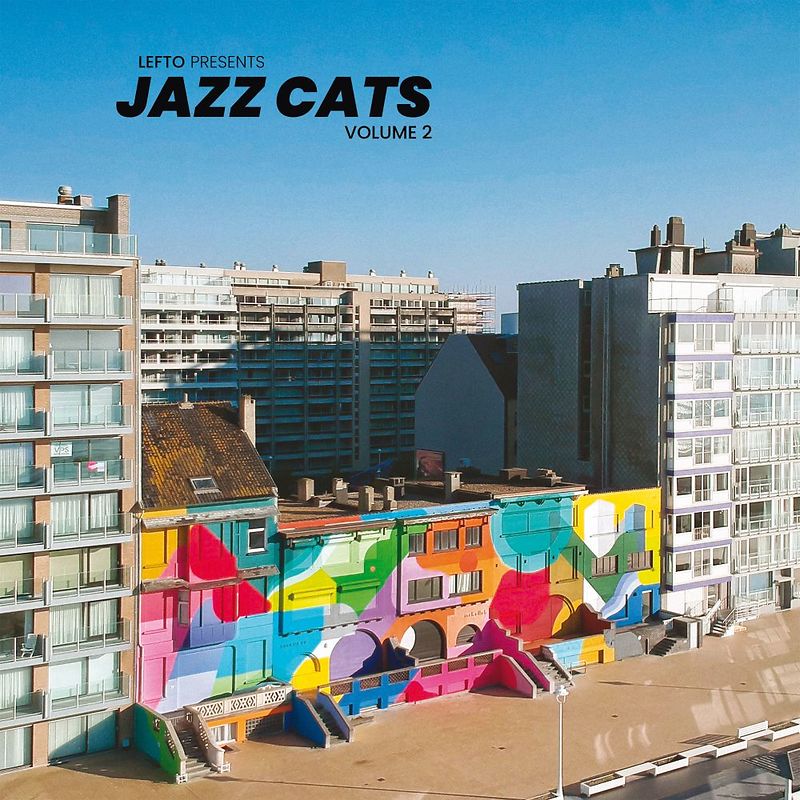 The best in contemporary Belgian jazz lovingly compiled by Lefto...
€ 29,95

'Lefto presents Jazz Cats volume 2', released 24th June, features a balance of known and obscure artists. From the thrilling frenetic grooves and innovative soundscapes of Bandler Ching and the electronic influenced Stellar Legions (Andrew Claes from (STUFF.), to the jazz fusion collective L?p?GangGang and weaving musical odyssey that is M.CHUZI, 'Lefto presents Jazz Cats volume 2' is a melting pot of the best musical talent coming out one of the smallest countries in Europe. In addition, there's the beautiful unease of One Frame Movement, the laidback 'acoustic electronica' of Boombox Experiments, the classic funky jazz stylings of Cargo Mas and the cinematic The Brums, making 'Lefto presents Jazz Cats volume 2' an essential release for any jazzhead with a passion for new sounds.

"By collecting all the music for 'Jazz Cats volume 2', I come to the conclusion that we are living in an era of very talented individuals and collectives. Even more so than 4 years ago. I have the impression that the Belgian jazz sound is more diverse, with more influences and more creativity. There was a time that jazz would be the starting sample to create a beat for rappers, today it is electronica, rap or afrobeat that influences our youth to create a sound or style that suits their vision of what jazz sounds like in 2022. So, once again it is with extreme pleasure that I present to you some of the best present and next generation of jazz cats this little country has to offer."

2018's 'Lefto presents Jazz Cats' included tracks from some of Belgium's biggest hitters including Black Flower, STUFF., and Glass Museum who have all gone on to receive global acclaim. The album was given the accolade of 'Album of the Week' on Worldwide FM and also received further radio support from Jazz FM in addition to numerous glowing reviews.

Tastemaker, selector, curator, DJ and producer, Lefto is one of the most important and respected tastemakers around the world with a record collection of over 15,000 records. Cutting his teeth on jazz and new beat, a genre that moulded the shape of electronic music in 80s Belgium, Lefto formed his early tastemaker know-how via his dad's record collection.

Creating his fine ear for music and the cutting edge at Belgium's legendary Music Mania record store in his hometown Brussels, he has been a resident on Belgium's leading radio station Studio Brussel and currently hosts a show on Kiosk Radio (BE) and The Lot Radio (US). He also curates his own stage at the Dour Festival and hosts his own nights in Gent. World renowned, he regularly blesses sound systems from Tokyo to Seoul, Singapore to Manila, Kazakhstan to Germany, San Francisco and Los Angeles, with residencies in Amsterdam and New York.

A3. One Frame Movement - Stokstaart