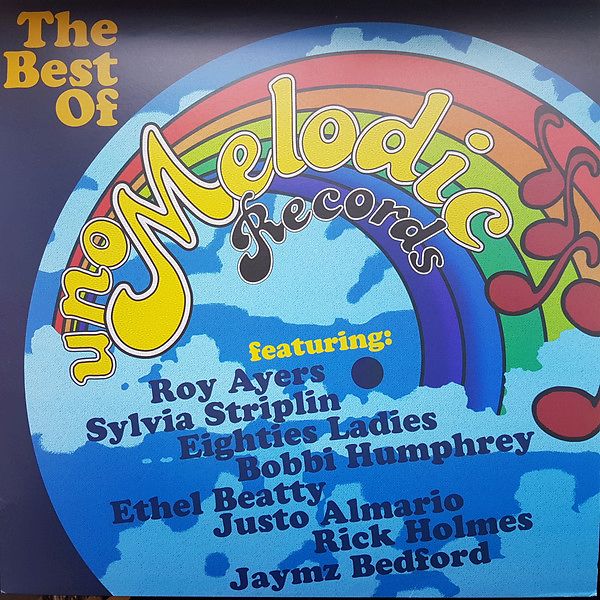 ALL the heavy cuts, once released on the Roy Ayers owned Uno Melodic label, now on remastered vinyl. This is one heavy compilation!!!

Uno Melodic was the brainchild of the legendary Roy Ayers. At the height of his career in the early 80s, Roy established Uno Melodic to explore working as a writer, musician, producer and record label owner with complete control over his creative ideas.

Roy brought artists and musicians to the label invaluable to him at Polydor and in whom he saw potential to make more great records. Between 1980 and 1983 Uno Melodic released records that went onto become definitive of their time, classics that became much sought after.

The label and its signature releases are part of the Roy Ayers legacy, the best of which Expansion have assembled here on remastered double LP.

Sylvia Striplin, Eighties Ladies and Ethel Beatty represent the soul, disco, two step and boogie sides of Uno Melodic, Bobbi Humphrey, Justo Almario and Roy himself the masters of jazz fusion at the label. The album concludes with the spoken words of Rick Holmes on one of the label’s biggest ever release on the label.