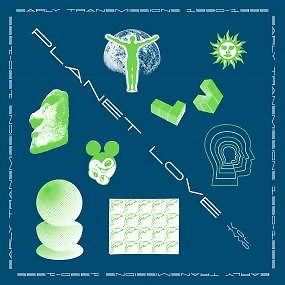 Following the success of the first Planet Love compilation, Safe Trip has delved even deeper into the roots and formative years of trance music. The result is a vivid snapshot of heady, trance-inducing music released between 1990 and ’95.

Like its predecessor, Planet Love 2 does not deliver a straightforward chronological run-down of influential ‘proto-trance’ cuts and key early anthems. Instead, it casts its’ net far wider for inspiration, joining the dots between trance-inducing tracks in a disparate mixture of interconnected styles.

Before trance became rigidly defined in the late 1990s, the term was more loosely used as a descriptor, with the tag variously being attached to tracks that combined elements of techno, ambient, breakbeat, deep house, electronica, progressive house, acid, tribal and new beat. What unified these disparate musical strands was an emphasis on groove, melody, atmosphere and – more often than not – psychedelic intent.

You’ll find all this and more amongst the 12 colourful and emotive tracks from around the world that make up Planet Love 2. The hard-to-pigeonhole, early ‘90s New York rave scene is represented by the immersive ambient of Lazer Worshippers’ ‘Free Flight’, Revelation’s trippy gem ‘First Power (Domination Dub)’ and the delay-laden drums, held-note new wave chords and psychedelic electronics of ‘Time Warp’ by Moodswings.

The UK’s rarely discussed role in the development of early trance – often via tracks that touched on ambient techno and progressive house – is represented by the Obsession Project’s prototype melodic trance obscurity ‘Untitled Part 3’, the Arc’s fast-then-slow rework of The Moody Boyz ‘The Pygmy Song (Nocturnal Version)’ and ‘X O Surf’ from The Deep, a breakbeat-driven workout that defies easy categorization.

Offering a deeper and more diverse definition of early trance than volume one and packed to the rafters with sought-after and overlooked gems, Planet Love 2 is a fitting follow-up to Safe Trip’s first collection of formative trance treats.