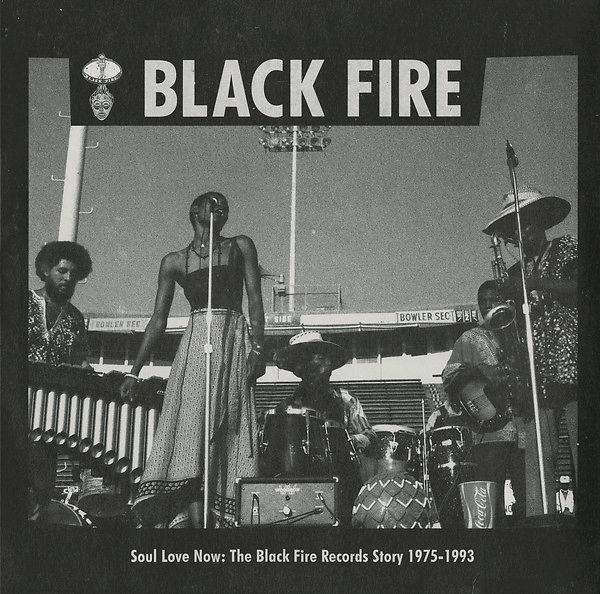 Strut present the first ever compilation bringing together classics and rarities from the seminal spiritual jazz and conscious soul label Black Fire, spanning 1975 to 1993.

Formed by DJ and record producer Jimmy Gray in Richmond, Virginia, and following in the footsteps of other influential black-owned independent labels like Strata-East and Tribe, the foundation of Black Fire coincided with saxophonist James “Plunky” Branch returning to Richmond from New York to form Oneness Of Juju. The band’s ‘African Rhythms’ album in 1975 was the perfect fusion of jazz, deep African polyrhythms and empowering lyrics and bassist Muzi Branch, a trained artist, created the first of many Black Fire hand-illustrated sleeves for this release. The album set the tone for a series of landmark releases on the label including Oneness Of Juju’s ‘Space Jungle Luv’ (1976) and debuts from soulman Wayne Davis (1976) and early go go pioneers Experience Unlimited (1977). Gray continued to use his influence and strong A&R instincts to bring in more key artists – great jazz players like Byard Lancaster and Hamiet Bluiett, Ghanaian master percussionist Okyerema Asante and talented collectives including Southern Energy Ensemble and music / drama troupe Theatre West. Due to personal and cashflow issues, many releases had to be canned and only surfaced subsequently on CD releases during the early ‘90s.

‘Soul Love Now’ brings together some of the many highlights from the label onto one essential compilation. Opening with Theatre West’s powerful soul message ‘Children of Tomorrow’s Dreams’, the tracks include a Byard Lancaster recording with Tunde Kuboye’s Drummers Of Ibadan in Nigeria and Lon Moshe’s driving jazz dance classic ‘Doin’ The Carvin’ For Thabo’. Wayne Davis brings the explosive gospel rare groove ‘Look At The People’ while Plunky’s JuJu and Oneness Of Juju feature with three tracks spanning their career, including a storming previously unreleased version of the classic ‘African Rhythms’ recorded in DC in 1975. ‘Black Fire’ features extended sleeve notes with extended interviews with musicians from the label and includes a reprint of one of the three Black Fire magazines published by Jimmy Gray which predated the launch of the label.