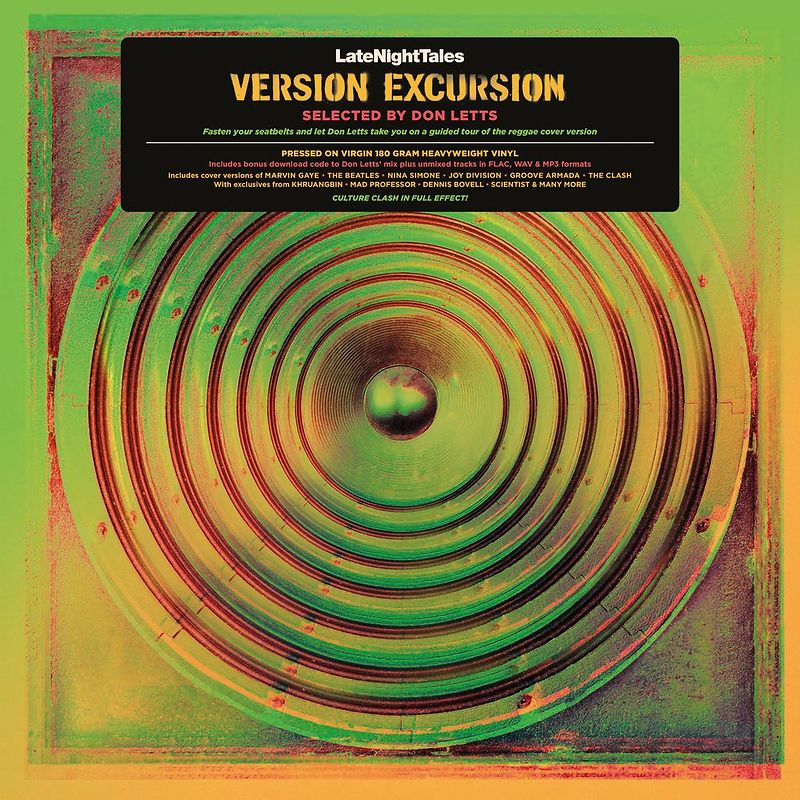 Fasten your seatbelts and let Don Letts take you on a guided tour of the reggae cover version...
€ 25,95

Fasten your seatbelts and let Don Letts take you on a guided tour of the reggae cover version...

Cultural polymath - pop star, filmmaker, radio broadcaster, commentator, Grammy winner. Oh and DJ, too. Take your pick from the many coats worn by our selector, Don Letts aka The Rebel Dread.

“A disciple of sound system, raised on reggae n’ bass culture my go to sound was dub. Besides being spacious and sonically adventurous at the same time, its most appealing aspect was the space it left to put yourself ‘in the mix’ underpinned by Jamaica’s gift to the world - bass. But that’s only half the story as the duality of my existence meant I was also checking what the Caucasian crew were up to not to mention the explosion of black music coming in from the States. That’s why this version excursion crosses time space and genre, from The Beach Boys to The Beatles, Nina Simone to Marvin Gaye, The Bee Gees to Kool & The Gang, The Clash to Joy Division and beyond. You’d think it impossible to draw a line between ‘em but not in my world. Fortunately, the ‘cover version’ has played an integral part in the evolution of Jamaican music and dub covers were just a natural extension.”