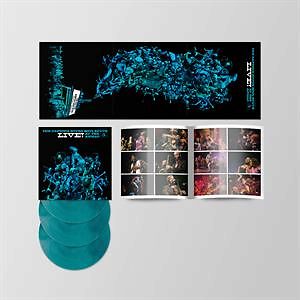 Daptone celebrates 20 years of soulful music with the release of The Daptone Super Soul Revue "LIVE at the Apollo". Performed and recorded over three nights in front of a sold out crowd at The World Famous Theater in Harlem, NY (December 4th - 6th, 2014), this album brings the electrifying performances that helped put Daptone on the map directly to your living room! Featuring live sets from: Sharon Jones and the Dap-Kings, Charles Bradley and his Extraordinaires, Naomi Shelton and the Gospel Queens, Antibalas, The Budos Band, Menahan Street Band, Saun & Starr, The Sugarman 3, as well as our em-cee, Binky Griptite. This album is lovingly dedicated to the memory of our dear friends Sharon, Charles, Naomi and Cliff.